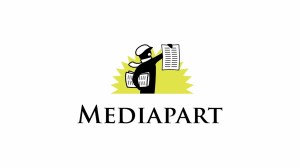 We don’t know each other but I wanted to write to you because we belong to the same generation. I am a native of France and am under 30. I grew up with people of different nationalities and cultures. I adhere to the republican values of France, yet am very much transcultural. My family origins are North African. Most important, I am a seeker of people’s stories. I try to capture glimpses of the world, and bring to light the powerful forces that so many of us carry dormant within ourselves.

I have always loved patios. Last time I was in Paris I spent many pleasant hours on 10th 11thand 18th arrondissements patios. I experience the luxury of not going anywhere. I catch up on myself in the middle of a city that doesn’t know I exist. Not quite outside, not really inside, I embrace the art of waiting in the middle of the city’s flow. Today the patios of Paris will never be the same for anyone who knows them.

However, today it is not to the patio that I wish to go. For several days now, the idea has been going around that the liberty, diversity and joie de vivre that we enjoy in our society has been attacked and that we should resist by going for a drink on a patio. Tous en terrasse !is the battle cry of this well meaning but merely symbolic impulse.

We are told that we were targeted because we are a shining model of liberty, equality, justice and culture. Well that may be flattering for the ego, and soothing for the identity crisis we are experiencing as a nation. Isn’t it rather that we were attacked because of many reasons, among which that France has been a colonial power in the Middle East, had been involved in bombing campains and military operations in the region, has plunged a generous hand in its natural resources, and has profited handsomely of arms sales throughout the region, indirectly arming her own enemies ? France is also a very fertile breeding ground for djihadism, having the greatest number of young people leaving to fight in Syria in all of Europe. Proximity facilitates collaboration in between French and Belgium djihadists.

–       Supporting research in renewable energy. Because once oil is no longer the be all and end all of the global economy, the Middle East will no longer be the center of our attention. At last the fate of the Congolese and Tibetans will weigh as heavily on our conscience as that of the Syrians and Palestinians.

–       Finding new political models in which we no longer simply delegate the ensemble of a nations activities to a group of men and women who may decide that dropping a few bombs will have a desirable effect, and who do business with countries that are little better than an Isis who has succeeded.

–       The media has shown us that since November 13th there has been a big increase in youth who wish to join the police force. Very well. But where is the upsurge in would-be educators and social workers, those who could actively prevent the seed of djihad from being cultivated in the fertile soil that is France

If the only answer, or even the main answer that the French youth is offering, is to go and have a drink on the patio and go see a concert, I think we are falling short of the symbol we think we represent.

I wonder if we can’t make use of this need to come together to redefine the image of ourselves projected in the media. Perhaps you did not resonate with this Tous aux terrasse ! , friend of a thousand faces. Many among you are mobilised, working to formulate another model for our society. Others among you would like to act but don’t know how. Others don’t bother thinking about it. It is principally to these latter two that I am offering a personal, yet maybe shared, interpretation of the words diversity, liberty and joie de vivre.

Whether we are French, Malian, Chinese, Kurdish, Muslim, Jewish, Christian, Atheis, Agnostic, bisexual gay or straight, we are all the same once we become good little footsoldiers of neo liberalism and hyperconsomation. We love Nutella which destroys thousands of hectars of rainforest and contributes to decimate Amazonian populations. We buy the latest smartphone and toss the old ones onto the ungodly heap of refuse choking our world. We buy cheap clothes dyed by children in Bangladesh and China. We spend hundreds each year on make up tested on animals.

My diversity will be defined by exchanges with peole who are really different from me : a family of eight people living in a small apartment, prisoners, the elderly living alone, the boy who retreats within himself because he is constantly rejected, the teans who don’t have access to plays, those in remote villages with no work. If we respond to calls such as theirs, rather than to the call “Tous à la terrasse !” we may actually improve our society.

I don’t see how following every weekend the holy shrine of indulgence is a sign of freedom. My freedom will consist in avoiding the boulevard of hyperconsomation, of endless accumulation and striving.

My freedom will consist of making sure my passing in another country as a tourist is not disfiguring it just a little bit more. My freedom will be to look for the pleasures that create fullfillment rather than a voice.

My entertainment is not fuelled by the mass diversion machine. It lies in supporting local artists and local concert houses, theatre toupes and cultural associations. Spending the day with an elderly person languishing in boredom and isolation, that’s a party.

A celebration is something that pulls me out of my everyday routine. When I find that my life is overwhelmed with noise and light of the screens, then unplugging from it feels like a grand celebration indeed.

Please don’t mistake my critique as one that sympathises with the djihadist cause. They do not have a monopoly on criticism of the decadence of hyperconsomation. Their criticism is only a speech, because they drink out of the same sources as the most ardent capitalists : the selling of arms and oil.

Voilà. I don’t know if we will cross paths on the same patios, or in the sames parties. I would simply like to remind you that you have the right and the capacity to construct another image of yourself that the one blasted at you by the mass media. Of course we will continue to eat, drink, dance and be merry. But let us not mistake these acts as ones of meaningful resistance that send a defiant message to the djihadists. Apparently the march of January 11th in Paris was not particulartly impressive for them.

Let’s all take a moment of pause on our internal patio, raise our heads and examine the society in which we live. Who knows, perhaps in the distant shreds of white sky stung from building to building, we will catch a glimpse of the society we wish to build.