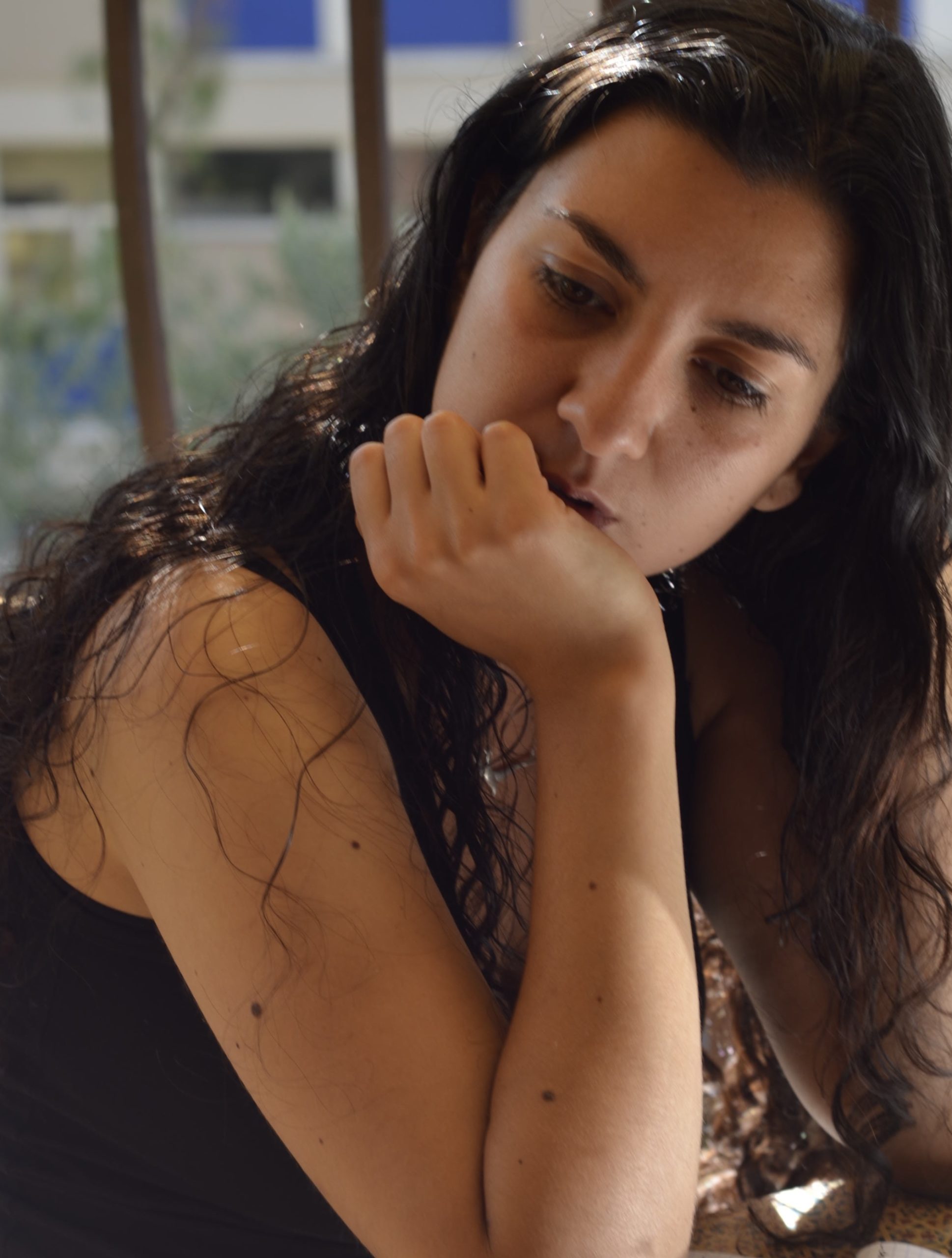 People of the stage and of paper,

of body and word, of sound and image,

of clay, colors and of ideas,

Comedians and directors, dancers and choreographs,

I’m writing this letter from a state of solitude you know well, in which current events force us to withdraw more than we had planned. They call it confinement. But for us, it is more a retreat. For we are used to withdraw to our desks, our studios and workshops, our converted lairs. This retreat though is not quite the same, as we are not free to decide when to end it.

Here is the audio version of this letter :

Shows, rehearsals, exhibitions, tours, book launches – everything has been put on hold. For most stage artists, we will not be able to make up for lost gigs. Indeed, a show cannot be rescheduled like a store can be reopened. That said, trouble, cancellations, projects that don’t make it, we know those so well. We have made an art of survival the daily practice of adapting,  making do with little, dealing with uncertainty. All that many today are learning.

I sometimes wonder if we are not the most fragile as well as the most privileged of all.

The most fragile because we sell expression. We feed souls and spirits in a world that gives priority to material and superfluous possessions. We study just as long as a lawyer, an engineer, a scientist or a doctor, but we wouldn’t dare ask for the same wages. We are used to trading free showcases for promotion, and our pitiful royalties don’t surprise us anymore. We must constantly fight to make people understand that words, movement, and sound have a cost, just like a coffee or a sandwich.

However, we are also the privileged ones because there is a part of our work that remains untouchable, sheltered from the turmoil of life. We don’t need much to create: paper, pen, wood planks, an instrument, computer, canvas but most of all… peace and quiet. The peace and quiet we usually have to steal from the world. But today, it is brutally offered to us, by a shut door. Until we can open it again, we write, compose, scribble, sort out photos, as we try to put aside all the uncertainties which this situation creates.

Rather than moaning and groaning, might as well do what we are best at : create. But something new has taken over us : a pressing need to express what is happening, not only to us, but our fellow ones. In the past few weeks, thousands of artists have published videos on internet. They spent hours trying to synchronise sound and image, online with people living on the other side of the world. The aim was not to pour out the torments of their personal lives but to express a collective feeling, whether by laughter or by emotion. Not as a relief for themselves, but as a relief for others. Confinement has brought back the conscience of collectivity. We will not be compensated for these videos other than with the certainty that we are essential. In many native populations, artists had a privileged status like medicine men or priests. They were housed fed and taken care of because it was considered that what they brought to society was vital. Isn’t it time to resume that role in our society?

Isn’t it time we ask ourselves what use we are to society, and make it the basis to claim decent working conditions? Are we mere entertainers destined to feed the machine? Are we lullabies the consumption system whispers to the brave ones so they get back to work the next day?

Children of this individual society, with have withdrawn in our personal quests. Isn’t it time to get out of our own isolation and get together, exchange views, and reflect upon our condition?

Isn’t it time to aim for something other than numbers of views or of sales? To ask ourselves not was is successful but what the world needs? If we settle for merely answering current demand, we are only validating the world as it is. We will be the ointment people apply to appease the symptoms of their frantic lives. But we would not address the profound need people have for change. That need is not expressed as easily, it lies under layers of habits and renouncement.

Of course, one has to put food on the table. Some get a side job to let creation stay a free process. Others keep practicing their art in all circumstances. Both are brave. But somehow, we have the power to free people and allow them to envision another possible world. We have all felt  this power, watching someone gazing at one of our works, feeling the silence of an audience, reading some messages they send us, we have seen it in their tears, in their smiles, and in their shining eyes. However, as long as we stay confined within the boundaries that the entertainment industry has set for us, those miracles will not be effective in real life. People will just « have a good time » before going back to their normal life, a life that consumes them.

It is time for us to invent new ways of releasing our works, new forms of creation, a new relationship to our audience based on something else than mere producer-consumer relationship. It is time that we find our way back to being the voices of a change that is craving to be undertaken and not just wished for. That we stop being dependent on one unique way of making a show, of exposing, of selling a text, and dependent on compensations some of our governments allow us, barely maintaining our heads out of the water but not enabling us to swim.

Our righteous place in society is first to be conquered in our own conscience and in the way we create. So, let us talk about it, let us gather around and organise public debates on the internet while confinement lasts, and later in person. Let us share our experiences, our attempts, our success and our failures. Let us appear to the public outside promotion. Let us look for new partnerships, new places, new ways to share through physical and digital presence. Let us invite publishers, bookers, producers, audience, to imagine how this could be done. Let us talk about royalties, about paid tickets, about free contributions, about festivals, about stolen images, about those crumbs we get once everyone else got paid. Let us talk about that new obligation to sell ourselves, to take care of our social networks, that new dictatorship that makes us spend more time communicating than creating.

I do not have the answer to all of these issues. I just know it is time we throw them in the public debate. I experienced the act of presenting a new creative form to a public. A form than answers their silent needs. I know it is both gratifying and degrading. Gratifying, because people are amazed, touched, they talk about it months later. They encompassed it in their real life. Degrading, because no economical model exists for that, and all we can do with our pay is blow our nose in it.

I usually write these letters to recipients who cannot answer. But this time, I hope to receive an answer from you. Not just a like and share, but something so we can work it out. For it is time. (sarahrubato@gmail.com) 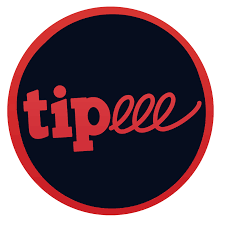 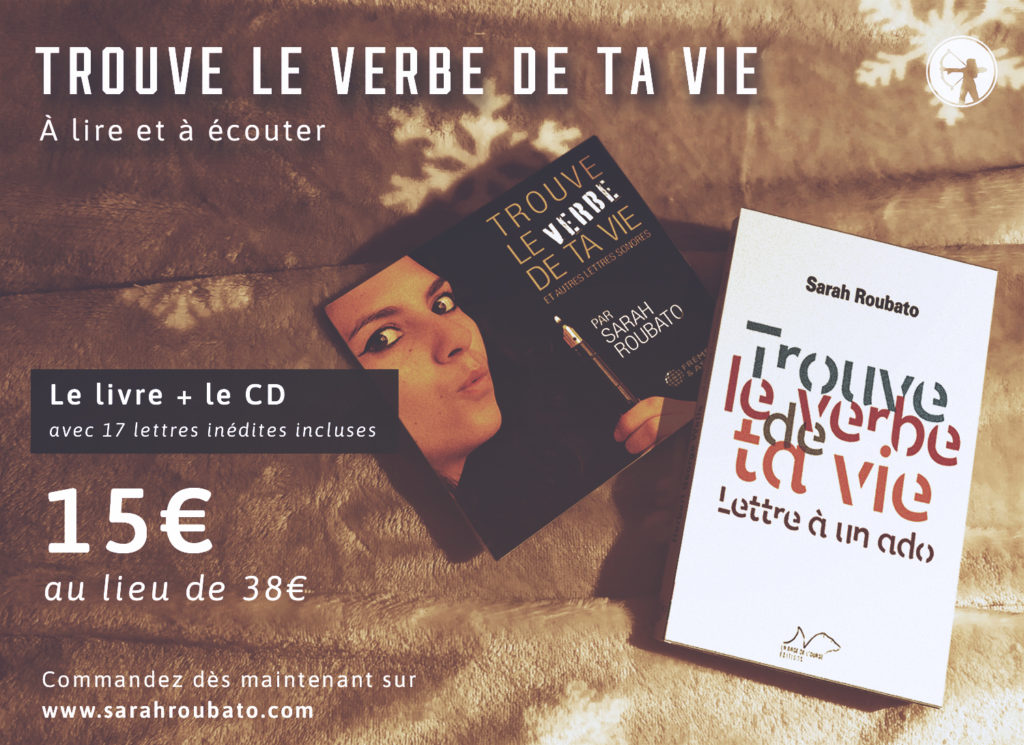