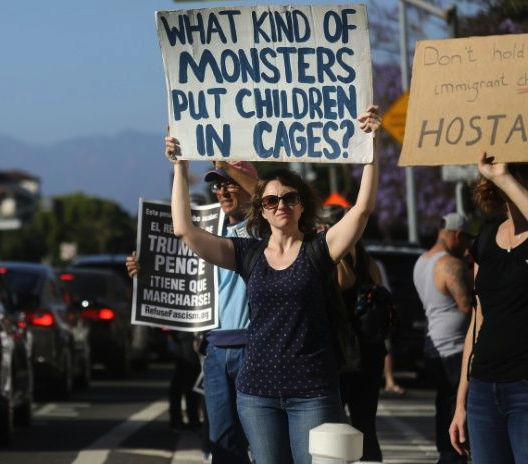 Images of migrants’ children been separated from their parents at the Mexican Border lead to calls of boycotting USA, sending postal cards to the White House, complaining to state’s representatives, donating to American Civil Liberties Union. People feel sincerely and rightly ashamed, outraged and angry. UNO made a declaration, citizens are walking, congressmen speak, psychologists warn of the trauma for the kids, journalists crying on air. Something here has been revived. Something that goes beyond ideologies, social class and cultural boundaries. In the middle of the emotional wave, no doubt we are on the good side. The bad guys are those who work for this inhuman, cynical and cruel administration who deprives those people of their humanity. In Europe too, people are moved by what is going on in America. And yet, shouldn’t we look at our own frontiers, where for decades, hundreds of people are risking their lives to give their children a chance ?

People are used to watch horrors on the news. And yet, black kids been killed in US or native girls disappearing in Canada have not risen such worldwide emotion. Injustice and horror unfortunately have criteria to reach success. Migrant children been separate from their mother appeals to at least three aspects of our cultures : violence against children as the highest step of horror, separation from parents which appeals to the memory of World War II, and the very foundation of the country : the American Dream, and the firm belief that America’s destiny is to spread Good on Earth.

But USA suffers from social, economic and cultural crisis as much as most of the Wester world. In such a context, the ideology of order can flourish. When Jerrold Nadler interrupts the Congress to talk about children been separated from their parents at the Mexican border, voices of people protesting outside can be heard : « Families belong together ! ». The Chairman Mr Gowdy immediately declares « We will be in recess until the capital police restores order ». Meanwhile, the President of the United States declares : « So we want a safe country, and it starts with the borders ».

Restoring order and security has always been the leitmotiv of any society whose identity is shattered, and who turns defiant looks at its borders. Donald Trump is a virtuoso at playing with people’s fears deeply rooted in hundreds of thousands of evolution, as this fear is grounded much deeper than human existence. Our very cousins primates as well as other mammals show similar signs of fear of the stranger.

« They could be murderers and thieves and so much else ». President Trump probably doesn’t realize how right he is. As psychiatrists and associations warn, the trauma these children are experiencing right now will have consequences on their adult lives, and will significantly alter their mental health, psychological composure. That coupled with their handicap of not been a Wasp, seems like the perfect cocktail to reach criminality. Donald Trump is actually himself creating the conditions of what he calls much else.

The power of images

This is not a sudden story that came out yesterday. Between April and June 2018, 2300 children from Central America have been separated from their families. People living close to the frontier and agents have witnesses something occasional become common. Criminal and administrative centers have been holding thousands of migrants for a long time. What was missing to make people aware were images. Pictures are necessary to put some reality behind the words administrative detention. Recordings of children crying were necessary to understand what people with children at the borders could mean. And that children are crying, even when they stay with their parents. The little girl that John Moore photographed has not been separated from her mom. But she became a symbol. This picture isn’t a reporter’s work, it became and artistic work. It deals with the truth of a human condition rather than with the accuracy of facts.

Seems like misery has to be shown to lead people to outrage. We need the picture of a Syrian child on the beach. We need something beautiful in its horror, something quick and powerful to share on social medias, to dislike, share and post sad emoticons. Experts making reports, reporters making documentaries, writers writing books after months and years of research, all this is just another evening entertainment. We read, we watch, we think it’s terrible, and we go back to our lives. But one single picture can make us outraged. Good for the kids on these pictures. Too bad for the thousands that will never be seen.

Now people are calling for boycotts of products coming from US. No one is calling for boycott of Democratic Republic of Congo, where children work all day in mines to get cobalt and other ores to produce our electronic devices or the diamonds on our wedding rings. Nobody calls for the boycott of products from Argentina where children are born with hair on the whole body and heavy mental disorders because they live so close to Monsanto corn fields that we buy for our cattle. No boycott for the children of Indonesia whose villages are burnt to grow more palm trees that we desperately need for our Nutella. No. It would be too complex to identify all the people responsible for these terrible situations : industrial companies, local managers, grocery stores who sell these products and… oh yes… consumers who buy them. It is so much easier to have this caricatural target of one man we can paint him a Hitler moustache and draw a kid separated from his mother. Donald Trump is the perfect candidate to hide from our responsibilities and pretend we are all the good guys.

Our outrage about migrant children been separated from their families is legitimate, and at the same time, mass-produced, selective and cultural. Not only does it say something about this critical situation, but also about ourselves. If we don’t want to be the emotional puppets of news and medias, we have to be conscient of the processes by which we react to some events and not to others.

Until then, let’s just hope that the cries and tears of these children at the Mexican border will make more audible the ones which, for decades now, at the borders of Europe, have been singing a drama less spectacular, but nonetheless as horrifying. 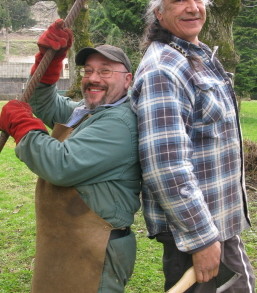 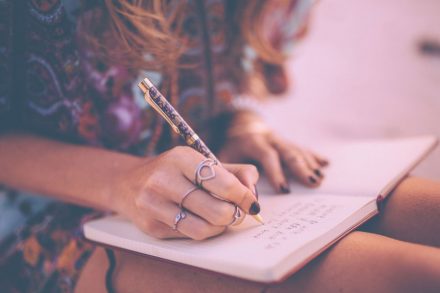